Me and Snowflake Pro are in a fight.  On the one hand, the software has been awesome in the sense that it enabled me to develop a foundation for my story.  I have a plot, a good sense of my characters (one of my friends is already judging my protagonist!) and I’m excited to work on developing my novel everyday.  Great!

The problem is that Snowflake Pro has made me RELY on it.  I’m an independent woman—I don’t need that drama!  Buuut, I got it today when my beautiful pink computer fell violently off my coffee table.  I’d like to blame Psycho Jack (aka my cat when he is experiencing  “periods of hyperactivity”), but it wasn’t.  I tripped over my power cord when I was half asleep and my computer came crashing down.

The result (as far as I can tell) was that my power cord no longer fit in the socket and my computer died.  The computer with my plot, characters all beautifully organized in Snowflake Pro!  My reaction was like “no, no, NO, NO! NOOOO!” especially since I needed to get the F out my house to catch a bus to New York (where I hoped to work on the thing).  I calmed down and thought “I’ll simply e-mail the document to myself.” And I did.  I got my work out of my broken computer by directing all my frustration into forcing the power cord into the comp.  The thing kept dying on me but whatever except that I CAN’T OPEN THE ANYWHERE ELSE (because a comp needs to have the software for me to open it).  So I thought “I’ll just download Snowflake to my little $300 Notebook that I used to take law school notes on.”  The thing is crazy slow now but whatever.  The point’s is,  I really didn’t like feeling so dependent.  But, unfortunately I am dependent. The good news is, I made the bus and I’m going to work on some more character development after I post this baby.  Have a great weekend!! 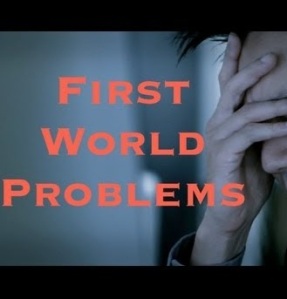 I know it’s been a couple of weeks since I’ve blogged, but I’ve actually been making some real progress on my novel!  At this point, I have a beginning, middle and an end, and I have written character synopses for the three main characters.   I’m so happy that at the end of this post I will reveal my one sentence summary of my novel (you didn’t really think I would give away the whole thing, did you?).

How did I go from no progress to some progress? Honestly, I downloaded some software (nerdy, but true) after a couple of false and frustrating starts.  As I have mentioned, I tried the low brow version of the snowflake method, which did help me begin thinking about characters and diffuse some of the overwhelming-ness of the whole thing.  Unfortunately, my notes were very disorganized.  Also, I got to the part that requires you to “list all the scenes in your novel in a spreadsheet” and I didn’t really know what that meant.  In my search for more information I found “Snowflake Pro” a novel-writing software, and just caved and bought it.  (Hey, if I can invest $200,000 in my legal career, what’s $60 to help move my writing along?)  I was convinced to purchase once I saw that it had broken down four novels/movies into the steps of the snowflake method.  Specifically one that I read and loved—Harry Potter!  It serves as a nice reminder that even the most beautifully written and wonderfully complex novels had to start somewhere.  The little program also bestowed upon me the type of serenity that you can only achieve from extreme organization.

Below are some pros and cons of Snowflake Pro, screenshots of Harry Potter Snowflake, and of course, The Grand Reveal.

P.S. Google Drive also has a “Snowflake Template” that could be useful to someone who is intrigued by the whole thing, but still doesn’t want to buy the software.

Below is the working one-sentence summary of my novel:

Former lovers, reunited by tragedy, struggle with decisions from their past.

UPDATE: I’ve noticed a lot of people have come to this post trying to learn about Snowflake Pro.  Below are some other posts where I discuss the Snowflake Method if you are interested.  In general, I have to say that I really recommend the software.  As of April 1, 2013, I’ve written about 22,000 words and designing my novel has made me feel confident in my plot and characters and available to identify problems and easily rearrange things (e.g., on the scene list) as I go along.  I honestly don’t know if I could have gotten this thing started without it!

I’m Going to Start My First Draft!! But First, The Snowflake Method (June 11, 2012–this was pre Snowflake Pro and led to a false start.  I always liked the idea of the method though)

UPDATE 2: I went to a book signing with Terry McMillan (wrote “Waiting to Exhale”) this weekend and she says knows everything about her characters before she starts writing.  She started with a job application that she answered for her characters and then kept expanding it.  I didn’t include a screenshot of it, but Snowflake Pro does allow you to engage in this exercise.  It provides you with a series of questions about your character from birthday to favorite book to worst childhood memory.  More about Terry’s amazing writing advice here.

Today, I’m actually going to start working on my novel!  I’ve spent a couple of weeks honing my skills.  Do I think I’m prepared? Maybe, but it doesn’t matter because I’m ready! I’m motivated!  As I mentioned here and here, almost all the resources I’ve turned to about this topic recommend beginning the endeavor by writing a little bit each day.  That sounds reasonable; however, I’ve actually tried that before, and the end product ended up being very disorganized, and I ultimately felt frustrated and discouraged.  So this time around I am going to begin my endeavor using the snowflake method.  This concept apparently was developed by a novelist/ex software architect who recommends “designing” your novel before embarking on the first draft.  Basically, the idea is that you start really, really broad and then methodically add details to your plots and character over time.  Although I pretend that I don’t like structure and rules, I actually love and need these, so this strategy seems perfect for me.  Below is a summary of the steps.  I’m going to try the first couple  after work today—how exciting!! 🙂

Has anyone out there tried this before? Did it work? Adios!