There is a name I have come across several times in the past couple of weeks.  Taiye Selasi.  She first caught my attention when I caught a glimpse of her on Melissa Harris Perry’s show.  She started talking about how she had to breakup with her ex-boyfriend because the relationship was actually hindering her ability to finish her novel. She had fallen “absolutely in love with absolutely the wrong person.” I was like, Taiye!  You should read my book!  It’s not published yet or even written—but you’re my target audience! The segment ended and I turned back to whatever I was doing.

A couple of days later, I was looking at my blog stats and discovered someone had landed on illegalwriting by googling “Taiye Selasi NPR.”  I was like, what?  It turns out Ebony had already told me I need to know about this girl, and I had blogged about it (and forgot about it!) Sad, but true.  Finally last weekend, I found myself reading about her in Vogue.  At that point,  I was like—who is this woman, and how did she find such a great publicist?

My friends, Taiye Selasi is a Yale grad and author of the book “Ghana Must Go.”  I’m thinking part of the reason her first novel is getting SO much attention is that she’s buddies with Toni Morrison, who endorsed her writing.  I’m sure I’ll end up purchasing this book at some point, but I honestly have mixed feelings about the endorsement.  On the one hand, it’s Toni Morrison. We can all probably be confident that Taiye is a brilliant writer, and I’m sure the connection helped get her book published in 15 COUNTRIES.  On the other hand, Toni Morrison, it is my belief, writes to be studied.  I think even more so than to be enjoyed.  So it makes me wonder—what kind of book is Taiye’s?  I’d like to know because honestly, I’m trying to relax when I read novels—not work!

It turns out I could have asked Taiye myself last Friday at her book signing here in D.C.  If only I had decided to look into this a few days earlier!! New York peeps, she’s coming your way next week (details here).  If you’ve read “Ghana Must Go” please let me know how it is.  Holllerr.

A long time ago, I started a little series about professional people who somehow managed to write novels on the side called “He/She Did It, So Why Can’t I?”.  Here are some people that have me thinking my goal to write a novel while practicing law is achieveable: 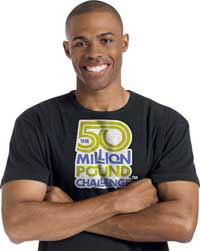 You may know Dr. Ian Smith for the wisdom he shared on Celebrity Fit Club, but I was first introduced to him as a novelist.  Way back in the day—it had to be like 9 years ago—my mother took me to a book party (side note: I cannot WAIT for my future book parties!) and it turned out to be his, as he was promoting The Blackbird Papers.  Back then, he was *just* Dr. Ian a medical correspondent for NBC, so I guess he had time to squeeze in some novel writing.  Or maybe he is just one of those people who can’t decide what to do, so he does everything–in addition to obtaining medical and master degrees, he’s on a reality show, writes articles and books and lord knows what else.  Whatever the motivation, I read the novel back then, and I remember thinking that it was good.  So when I ran into him at a journalist convention (this was, of course, back when I was a journalist), I asked him when the next novel was coming out. He essentially responded never.  Apparently books about weight loss are easier to sell and he has many.  Whatevs, I only need to write one novel and if super multi-tasker Dr. Ian Smith can do it, I can too, right? 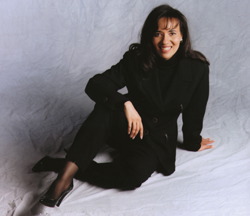 Pamela Thomas-Graham is basically the person who first made me believe it was possible to have a full time job and write a novel (and in her case, raise 3 kids) at the same time.  Before I heard her story, I didn’t know such a thing was possible, and she’s stayed in my mind ever since.  You see, when Pamela wrote her Ivy League mystery series, she wasn’t simply a busy professional—she was President and CEO of CNBC! And she didn’t just write one, she wrote three!!  Each took place a different Ivy League–Harvard (A Darker Shade of Crimson), Yale (Blue Blood) and Princeton (Orange Crushed).  I read each of them over like 2 days.  All she had to do to make the series happen was wake up at 4:30 a.m. every day.  So I’m thinking– if a CEO and mother can manage to knock out three novels, then why can’t I, a person with a job and no kids, finish one?? (Oh, and did I mention she has a law degree?)

One day, one of my faithful blog readers told me that she was reading a book called Arranged.  Not only was the novel (the author’s second) written by a lawyer, but she actually still practices law, making Catherine McKenzie a current and true lawyer-novelist. Everything that I desire to be. She’s written three novels, which she talks about here yet still works at a law firm, which I know because she’s on their website here.  I haven’t read Arranged yet but it sounds like I could dig it.  It’s about a woman who is bored with dating, so decides to give an arranged marriage a try.  Clearly, problems arise.  I’m saying, if Catherine can be a full time lawyer at a firm and a part time novelist, please tell me—why can’t I???

UPDATE:  Catherine McKenzie retweeted my blog post to all of her followers!! She said “of course u can.” 😀